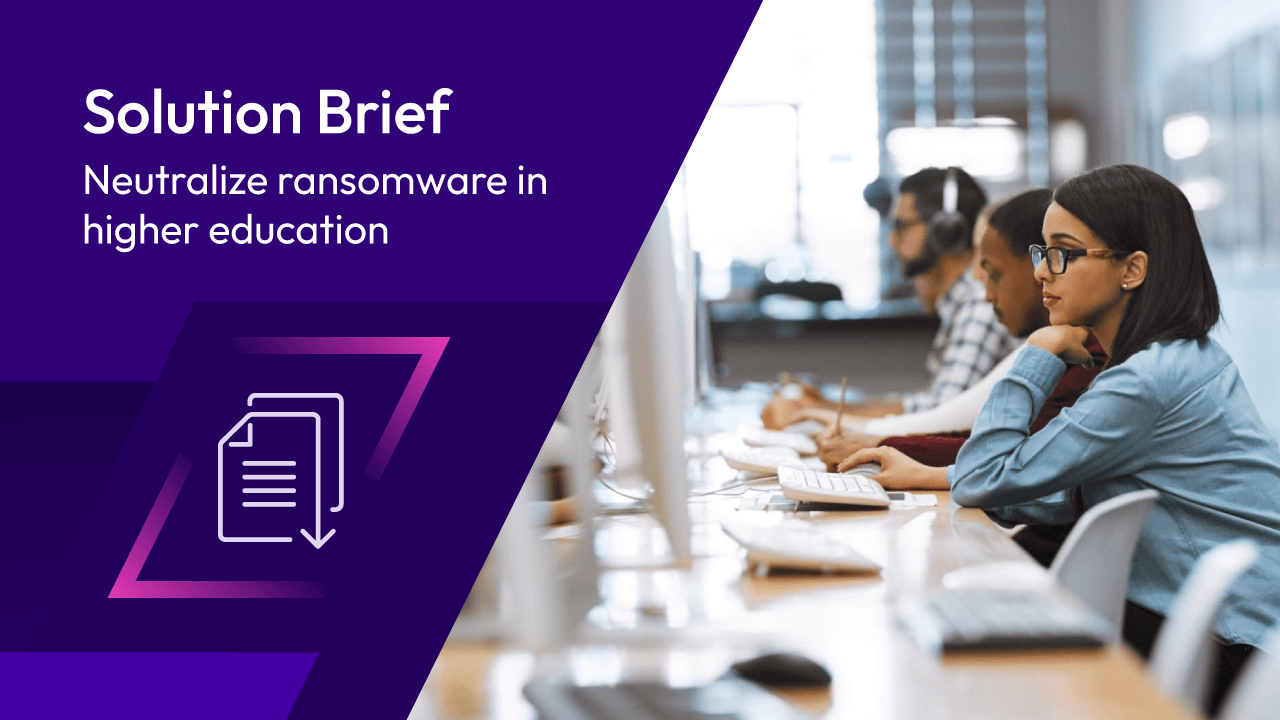 Ransomware is on the rise across organizations, industries, and nations. In 2022 alone, there has been a 24% global increase in ransomware, with one in 53 organizations now affected.

Attacks are also increasing in a surprising place: universities. A 2022 Sophos survey of more than 700 schools revealed that 64% of higher ed institutions were hit by ransomware in the last year. Additionally, attackers’ encryption success has been significantly higher than average in universities, with 74% of attacks successful in higher ed compared to the global rate of 65%.

These attacks have had a considerable impact. Colleges and universities, some with tens of thousands of students, have had to cancel classes, replace devices, and pay steep ransoms and recovery costs. The Sophos report notes that 98% of colleges universities hit by ransomware were able to get some of their encrypted data back — but only 2% got all of their data back. One college in the American Midwest was even forced to close permanently due to enrolment shortfalls and fundraising problems that resulted from the loss of their data.

ShardSecure’s Microshard technology™ neutralizes the impact of ransomware for colleges and universities. Our solution makes use of data desensitization, self-healing data, automatic data migration, and other features to ensure that cyberattackers don’t interfere with so much as a single seminar.